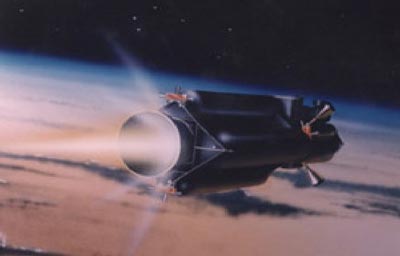 We are all only too familiar with futurists’ endless promises about how radically different tomorrow will be, and how often they prove to be far from the truth, a subject Max Dublin took on in his book Futurehype. This reality causes some to throw up their hands and instead wallow in a sea of non-threatening incomprehension, but the simple truth is that without some model of that tomorrow in our heads, planning of any kind becomes impossible. Accordingly, the art and science of predicting the future, for all of the flaws of its practitioners, is an indispensable one, and the question is not whether to cast it aside entirely (we can not), but how we might go about it better.

This is particularly the case in space policy, with its long time horizons and reliance on unproven technologies. That there have been erroneous predictions regarding that field is widely acknowledged, as in the discussions of how the pace of space development has fallen well short of the visions of the last three decades—often chalked up to an excess of enthusiasm (contributing to an underestimation of the technical challenges, and an overestimation of the prospects for near-term profit). However, the errors have not only lain with bright, shining futures that never came about, but also dark and forbidding ones, including the speed and extent with which space would be militarized, with all its implications for threat perceptions.

One of the most notorious examples is intelligence analyst Peter N. James’s none-too-subtly titled 1974 book Soviet Conquest From Space. As William C. Burrows noted in his sweeping history of the space race, This New Ocean, the book “would not find a place among the most penetrating works about the Cold War. Yet its author played a small but real part in promoting the very conflict that worried him.”

James’s book offered a sweeping portrait of a “total” Soviet space effort centered on the construction of a space shuttle fleet (specifically a vehicle which would start flying earlier, and with a higher performance, than America’s own shuttle, hauling twenty-five to fifty tons per mission from 1976 on); not one, but a network of orbiting space stations, some capable of hosting twenty crewmembers at a time; and a second fleet of orbit-to-orbit spacecraft for servicing them, “space tugs.” This massive, robust infrastructure would enable the Soviet Union to conduct space operations “on a routine basis, just as military aircraft are currently used in surveillance, reconnaissance, tactical or strategic missions.” Accordingly, James predicted that by the early 1980s

orbital space will be saturated by practically every conceivable Soviet satellite, from passive to aggressive space systems, from maneuverable spaceships which can seek and destroy orbiting U.S. satellites, to orbital weapons systems which can destroy terrestrial targets as well.

When joined with what he believed to be a Soviet lead in laser technology on the verge of producing viable weapons (and perhaps also revolutionary new weapons concepts derived from the scientific research these facilities would allow), they would translate into the ability to neutralize much of the US’s strategic forces. Given that at the time a Soviet strategic lead was emerging on Earth, he warned darkly that

if the current trends continue, by the early 1980s, the Soviet Union will not only be the most powerful nation in the world… but they could initiate a nuclear war and win it.

Reality played out quite differently. Not only did the Soviet Union not emerge as the most powerful nation on Earth by the 1980s, but it did not survive them. Not only did the critical technologies James described not exist anywhere by the 1980s (and there is a long way between inventing a technology and effectively militarizing it), but they remain part of the “future” today, two decades later.

In retrospect this does not seem all that surprising, and even the most hawkish might today be tempted to laugh—though they would probably do so for the wrong reasons, smug contempt having replaced panic as the excess common to examinations of the Soviet Union. When James wrote his prediction, the Soviet economy had grown more rapidly than the America’s for half a century (an assessment which the evidence still seems to support), and even if it was far from certain, parity between US and Soviet GDP by 2000 did not seem outside the realm of the possible. Besides, the 1960s had seen the Soviets turn, with breathtaking speed, an extreme strategic inferiority in the nuclear arms race into parity with the US in just a few short years—and shortly after that, the beginnings of an edge. What was to stop them from doing so in space, especially given that space technology was one of the few areas where even those most dismissive of Soviet capabilities recognized the Soviets as competitive? (The Soviet economy’s weaknesses were already becoming evident, but that it would all unravel as it did, and when it did, may not have been a foregone conclusion. Indeed, it was arguably contingent on the implausibly bad decision-making of the Soviet leadership from Brezhnev’s time on.)

James’s real error was a far simpler one: not the things he missed, but the things he wrote into the scenario. He started with thinly-sketched claims about Soviet capabilities and programs for which the evidence was slim, and then extrapolated from them in a frictionless universe where unproven technologies never disappoint and bureaucratic irrationality never gets in the way.

Such an approach may be acceptable in laying out the absolute worst case, as a way of establishing the extreme end of a range of possibility being discussed. Presented as the only scenario it is massively irresponsible, and the result a gross exaggeration that played into the willingness to believe and say the worst about Soviet capabilities and plans. James alleged that in the Middle East crisis of 1973 the Soviet Union armed the Arab states with nuclear weapons (a highly arguable assessment in the midst of the war, and disproven by the time the book appeared) and organized the oil embargo against the United States (an allegation I have encountered nowhere else, but only too consistent with the belief that the Soviet Union was the puppet master behind every untoward development). Indeed, he went so far as to compare the results of the Soviet intervention in the 1973 Arab-Israeli War to a Soviet victory in the Cuban Missile Crisis. (In fact, according to Robert Dallek’s new book Nixon and Kissinger, Henry Kissinger said to Alexander Haig that Nixon “made Brezhnev a Khrushchev,” the situation appearing to be exactly the other way around to the White House at the time.) From there, of course, matters only worsened.

Nonetheless, what was true of the Soviet Union in the Cold War potentially carries over to other entities, and where space is now concerned, seems most likely to do so in China’s case. Of course, even the most alarmist assessment of China’s military space program is a far cry from what James wrote about the Soviet Union: the consensus seems to be that China cannot conquer Taiwan, let alone the West. However, there is already a susceptibility to make this kind of mistake about Chinese capabilities generally. (Consider, for instance, how predictions about how large and sophisticated China’s nuclear arsenal will be at a given date consistently overshoot the mark.) Nuclear weapons and space weapons are not to be taken lightly, but futurists would do well to remember that overestimating a peril is all too easy to do, and carries its own consequences. The dangers of overreaction may not be talked about as much as those of insufficient vigilance, but they are no less severe.