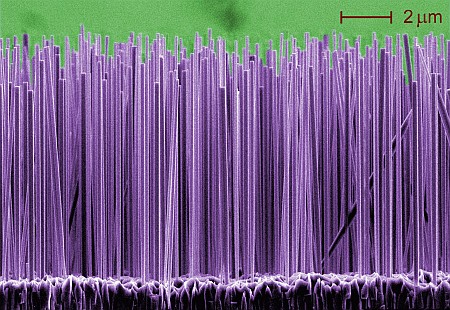 Quantum tunneling is the capability of a particle to inhabit regions of space that would normally be off-limits according to classical mechanics. This research observes a process called a quantum phase slip, whereby packs of roughly 100,000 electrons tunnel together from higher electrical current states to lower ones. The energy locked in the motion of the electrons as they phase slip is dissipated as heat, causing the nanowires to switch from a superconducting state to a more highly resistive one.

Source: University of Illinois. The researchers hope this effect could be used for quantum computing.

801 thoughts on “Quantum tunneling with nanowires”