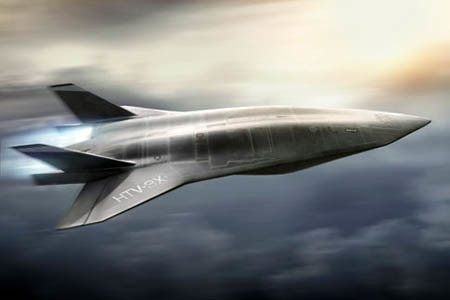 Northrop Grumman is understood not to have bid, making it likely a contract will be awarded to Lockheed by September. The unmanned, reusable turbojet/scramjet-powered Blackswift is planned to fly in 2012.

Under DARPA’s Falcon program, Lockheed has completed conceptual design of a demonstrator, the HTV-3X, that forms the basis for the Blackswift. The goal of the demonstration is to take-off conventionally, accelerate to beyond Mach 6, maneuver and return to a runway landing.

Skunk Works also is performing subscale tests of the combined-cycle propulsion system, which comprises a high-Mach turbojet and dual-mode ram/scramjet. The turbine is used for take-off and landing, and to accelerate the vehicle to Mach 4, where the ramjet takes over.