Enjoy this week news roundup on the current situation: 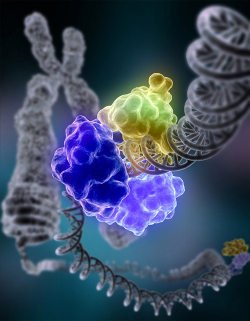 Breakthrough shows how DNA is ‘edited’ to correct genetic diseases
Researchers at the Universities of Bristol and the Lithuanian Institute of Biotechnology has made a major step forward in our understanding of how enzymes ‘edit’ genes, paving the way for correcting genetic diseases in patients.
Source: PhysOrg