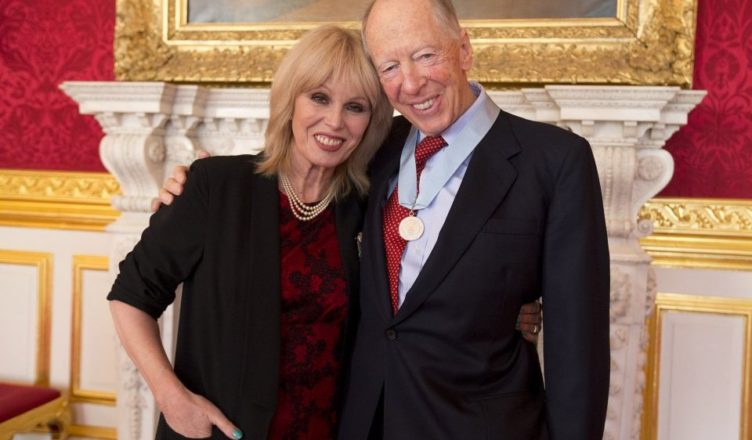 The Rothschilds are buying gold through their investment house RIT Capital Partners and Lord Jacob Rothchild is warning about the results of “the greatest experiment in monetary policy in the history of the world”, according to Zerohedge.

The Rothchild’s investment house has increased its allocation to gold by 8% and aggressively sold quoted equities and sterling to navigate choppy “uncharted waters” post-Brexit. Sale of shares have been used to buy gold and other non-disclosed precious metals, which, at the end of June accounted for 8 per cent of the £2.8 billion portfolio according to the trust’s half-year results, released on Tuesday. The report states:

The six months under review have seen central bankers continuing what is surely the greatest experiment in monetary policy in the history of the world. We are therefore in uncharted waters and it is impossible to predict the unintended consequences of very low interest rates, with some 30 per cent of global government debt at negative yields, combined with quantitative easing on a massive scale. In times like these, preservation of capital in real terms continues to be as important an objective as any in the management of your company’s assets.

Many of the risks which I underlined in my 2015 statement remain; indeed the geopolitical situation has deteriorated with the UK having voted to leave the European Union; the presidential election in the US in November is likely to be unusually fraught; while the situation in China remains opaque and the slowing down of economic growth will surely lead to problems.

Conflict in the Middle East continues and is unlikely to be resolved for many years. We have already felt the consequences of this in France, Germany and the US in terrorist attacks.

Also relevant and interesting post about Qwernomics over at the always brilliant Xenosystems:

A path-dependent sequence of economic changes is one of which important influences upon the eventual outcome can be exerted by temporally remote events, including happenings dominated by chance elements rather than systematic forces. Stochastic processes like that do not converge automatically to a fixed-point distribution of outcomes, and are called non-ergodic. In such circumstances ‘historical accidents’ can neither be ignored, nor neatly quarantined for the purpose of economic analysis; the dynamic process itself takes on an essentially historical character. […]