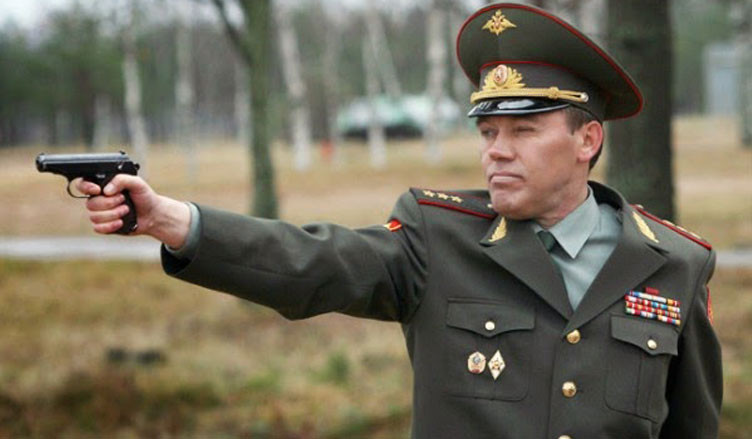 Low oil prices and international sanctions against Russia have crippled the nations economy. In addition to operating at a deficit since 2012, the country face powers and alliances with greater military, political and economic power. To meet these challenges Russia has developed a new tactic focused on the weaknesses of enemy states. An approach Russia find more effective than direct confrontations.

Russia is waging in a new concept of warfare against Europe. Putins order is based on a different understanding of 21st century geopolitics, aka guerrilla geopolitics. Behind the annexation of Crimea and bombings in Syria the regime is driven by criminal activites targed at European infrastructure.

The fundamentals of this warfare is destablization and political subversion. Criminal organizations are recruited as fronts for such operations in Europe. The regime is engaged in systemic corruption. Economic warfare and offensive hacking are in tandem with the distribution and sales of drugs and weapons smuggling. To interact with the dynamics of the West these activites feed into the financial systems of European banks. Russia is pushing the idea of the «mafia state» to new levels.

«…no matter what forces the enemy has, no matter how well-developed his forces and means of armed conflict may be, forms and methods for overcoming them can be found. He will always have vulnerabilities and that means that adequate means of opposing him exist.»

– from The Value of Science in Prediction by General Valery Gerasimov, Chief of the General Staff of the Russian Federation. Published in Military-Industrial Kurier, February 27, 2013.

This article describe the nature of asymetrical, non-linear or hybrid warfare where creating tension and conflict in enemy states is an important factor. Russian operations in Crimea and eastern Ukraine have demonstrated that Kremlin is increasingly focusing on new forms of subversive political operations. This approach is often refered to as the Gerasimov-doctrine.

«It was the first nonlinear war. In the primitive wars of the 19th and the 20th centuries and even before of the middle ages, usually two opposing sides fought. Two nations or two temporary alliances. And now it was a clash of four coalitions. It was not two against two. Or three against one. No. It was all against all.»

– by Vladilav Surkov. Published in Russky Pioneer (under his pseudonym Natan Dubovitsky) on 12 March 2014. Published on the eve of the invasion of Crimea.

Surkov was First Deputy Chief of the Russian Presidential Administration from 1999 to 2011, during which time he was widely seen as the main ideologist of Kremlin. The bizarre sci-fi short story called «Cloudless sky / Without Sky» depicts a fifth world war were everyone fights everyone. Analysts believe this to be written as a scenario describing non-linear warfare and the new Russian approach to war.

Mercenarism is defined by the UN as civilians being recruited to fight for profit in a country or conflict to which they have no formal ties. It is illegal in most countries. A bill filed with the State Duma in 2014 would legalize private military and security companies (PMSCs) in Russia, an idea endorsed in 2012 by President Vladimir Putin. The set up is perfect for covering up official casaulties. Read «Vladimir Putin sent Russian mercenaries to ‘fight in Syria and Ukraine’», The Telegraph. Private armies are designed as vehicles for proxy warfare and toppling unstable regimes.

The mix of Russian subversive tactics spread the entire spectrum of soft operations. Russia has been recognized as an operator of several large scale hacking networks. Carbanak and other networks are identified as more or less state-sponsored criminal hacking hubs. Beside being deployed in conflicts the main objective is mapping critical weaknessses in enemy infrastructure. Push the button when needed.

The concept of warfare is undergoing a fundamental shift from 4th generation warfare (4GW, networked high-tech) to 5th generation warfare (5GW, soft, dynamic) operations. Conventional warfare is now a mix of propaganda and social engineering. Nothing new to the military intelligensia of the west infamous for their strategy of tension. The Chinese had it figured out in 1999:

The barrier between soldiers and civilians would fundamentally be erased, because the battle would be everywhere. The number of new battlefields would be “virtually infinite,” and could include environmental warfare, financial warfare, trade warfare, cultural warfare, and legal warfare, to name just a few. They wrote of assassinating financial speculators to safeguard a nation’s financial security, setting up slush funds to influence opponents’ legislatures and governments, and buying controlling shares of stocks to convert an adversary’s major television and newspapers outlets into tools of media warfare. According to the editor’s note, Qiao argued in a subsequent interview that “the first rule of unrestricted warfare is that there are no rules, with nothing forbidden.” That vision clearly transcends any traditional notions of war.

– A New Generation of Unrestricted Warfare, War on the Rocks.