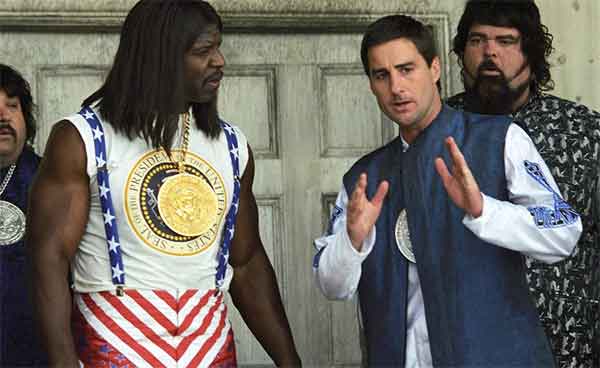 U.S. presidential elections are scheduled on the Tuesday after the first Monday in November. Following that schedule, the 2024 elections are to be held on Tuesday, November 5, 2024. The 2024 United States Senate elections will be held with 33 of the 100 seats in the Senate being contested in regular elections, the winners of which will serve six-year terms in the United States Congress from January 3, 2025, to January 3, 2031.

Zoltan Istvan on Facebook:
So many of my friends here on social media seem so angry about their poverty, capitalism, and the political state of America. I don’t really understand that, especially when I hear it from relatively healthy, able-bodied people (which is the great majority of us). When I was 21, I worked hard for 6 months at minimum wage as a bag boy at a grocery store.

I saved about $6000. I then bought a 25 foot sailboat for $2700, did some basic outfitting to it, bought a year’s supply of can food, and left. (Sailing is like driving–you can learn it in a matter of hours.) I then traveled for 7 years—a tiny floating apartment filled with books cruising the South Pacific and Indian Oceans—a life that even some of the poorest people in the world could afford. Occasionally, I worked construction or something else for a month or two to get more cash together before moving on. Small seaworthy boats still cost about the same as they did then.

I also built a house once. And building a small 2 room home is still something any able-bodied person can do for under $25,000 in materials from Home Depot—takes about 4 months labor. You can learn all the necessary skills easily off YouTube videos. Land is still very cheap outside of big cities and lots often go for $5K-$10K.

I just don’t understand why people are so angry or poor—why they aren’t traveling all around or building their own homes and making equity. Or why they don’t try to become billionaires and share their money if they’re so into socialism and demanding we tax the rich all the time.

My greatest complaint is as it always has been: I don’t have enough time or versions of myself to enjoy all the world can offer. I’ll have to die if I can’t figure out how to overcome death. But life, that’s the good part if you’re relatively healthy and able-bodied. People should be grateful we live in a country that offers us so much opportunity. People should stop complaining how they want everything free from the Rich or the Government—People should go create exactly what it is they want. People should find and build their own dreams.

Let the political games of the last phase of the industrial revolution commence: