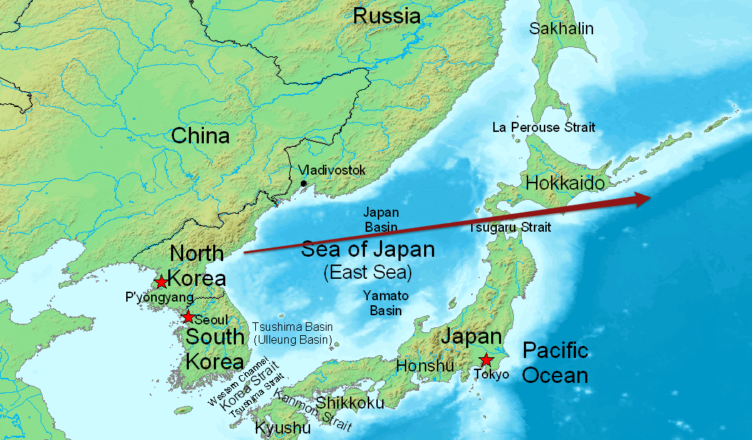 Sanctions against North Korea, have been imposed by various countries and international bodies since 2006. The embargo is largely concerned with North Korea’s nuclear weapons program and related industries.

Current sanctions have obviously not worked and the development and testing of long-range missiles and nuclear warheads continues. The country even has some impressive economic  growth, according to Reuters.

Russia and China Warn Against Interference

Russian president Vladimir Putin warned on Friday that the standoff between North Korea and the United States is close to spilling into a large-scale conflict. Putin said it was a mistake to try to pressure Pyongyang into halting its nuclear missile program, according to Reuters.

China also warn against any move to cut off North Korea’s oil supply or shut the border in response to Pyongyang’s nuclear test on Sunday, according to Reuters. The Chinese newspaper, Global Times, reports that China welcomes Switzerland to mediate in Korean Peninsula nuclear crisis.

Surgical strikes and limited american military intervention is considered as scenarios, according to the BBC. Three scenarios called ‘Enhanced containment’ (military support to South Korea), Surgical strikes with Tomahawk missiles and attacks by B-2 stealth bombers and a Full-scale invasion with the cost hundreds of thousands of lives on both sides. Bloomberg also analyze the consequences.

North Korea could be the perfect testing ground for offensive cyber war. Alas, “What you can achieve through cyber means is a little unclear because so little of North Korea’s critical infrastructure is online,” says Tim Stevens to Wired Magazine, lecturer in global security at King’s College London.

As a result of how North Korea is connected to the rest of the world, many of its military units are likely based outside of the country in China and Southeast Asia, Stevens says. It doesn’t matter if US intelligence shows that attacks are originating from within those countries, he adds. “What are you going to do? Wade in somewhere and arrest these people or get them arrested by the host country? That’s not going to happen…“, he told Wired.

There’s no assurances that dropping a cyber bomb on North Korea would have the desired effects. “I do not believe that in this incident, we should launch a preemptive cyberstrike on North Korea,” says Mike Janke, co-founder at DataTribe, a cybersecurity incubator working with startups in the Washington, D.C., area. “There is no guarantee that it will have the desired impact, and we have enough kinetic firepower to end any engagement quickly. This could be the ‘fodder’ that North Korea needs to launch missiles at Japan and South Korea. Not a smart strategic action.”, according to CSOOnline.

The prospect of a regional nuclear conflict involving the US, South Korea and Japan against North Korea would be a catastrophe for the entire region. China and Russia would be forced to resist “the coalition” and the conflict could eventually engulf the entire planet. A global nuclear was is Word War Three, and the end of humanity as we know it.

The next few months will give some indication as to what direction this conflict will take.

Current mortality rate is at 3 percent, less than SARS:
https://www.theguardian.com/science/2020/jan/23/what-is-the-wuhan-coronavirus-and-how-worried-should-we-be

wondering what deep world-historical significance this has... 🤔