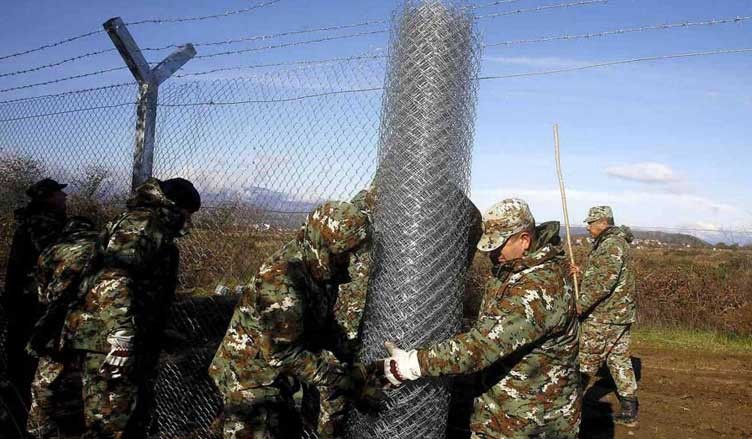 Russia says it has proof Turkey involved in Islamic State oil trade, according to Reuters. The Russian National Center for State Defence Control hosted the media briefing were the Russian Ministry of Defence presented “facts and evidences” concerning financial sources of international terrorist groups operating on the territories of Syria and Iraq. Watch video from the presentation at the Russian Ministry of Defence:

Russia and Turkey accuse each other of buying oil from the Islamic State, according to The Washington Post

First UK airstrikes in Syria deal ‘real blow’ to Isis, says Michael Fallon, according to The Guardian. Meanwhile in Israel; former head of IDF intelligence: ISIS is much less dangerous than Iran, according to Jerusalem Post.

Some of these technologies is widely used on departing air passengers, but is rarely used on arriving passengers or on people using surface transportation), via the Wall Street Journal:

“Chemical detectors at an airport passport-control station, employing sensors similar to larger airport scanners for boarding passengers, “can detect both those who have fired weapons as well as those who have handled explosives,” according to one of the documents.

Similar equipment is being tested to scan clothing of migrants arriving without passports, particularly by boat across the Mediterranean, the document said. Chemical-detection technology can identify potentially dangerous and illegal substances from the presence of just a small number of molecules, which often remain on skin and clothing even after washing. From there, the substances can be transferred to items people touch, such as travel documents.

Under the measures announced Wednesday, the EU proposed the creation of cyber-patrol teams to focus on detecting the trafficking on the Internet of firearms, parts or components, as well as explosives. EU governments would also be encouraged to carry out risk-based controls on goods at external borders—in containers, cars, passengers’ luggage—to detect weapons and explosives.

Airport-style security is being considered for sports events and trains, including the use of scanners that can detect molecules of explosives on tickets or passports.”

Also follow the money into the sub-economy spawned by migration at The Migrants Files.

Nukes on the table against ISIS

The use of nukes against ISIS is an option, but a very impractical one against terrorists organizations, says Lars Wedin at the Institut Français d’Analyse strategique in Paris to NRK in Norway. Meanwhile in Syria; ISIS is pursuing production of chemical weapons, according to CBS News.

In the US John McCain calls for 10,000 US ground troops in Syria, according to France 24.