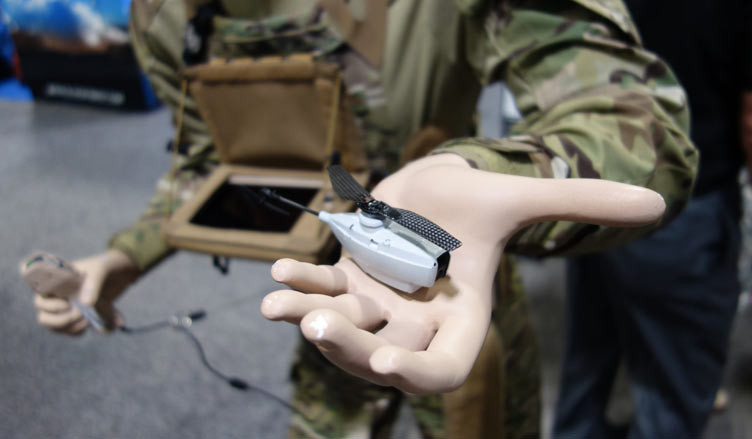 The Norwegian company Prox Dynamics release updated version of their popular micro-drone (UAV) PD-100 used by the military for reconnaissance:

“The introduction of the PD-100 T significantly enhances the Black Hornet Personal Reconnaissance System solution, offering a 24-hour Cargo Pocket ISR capability to the warfighter,” said Ole Aguirre, VP Business Development at Prox Dynamics. The PD-100 enjoys a proven, combat worthiness record from operations in Afghanistan by U.S. allies. Operational since 2011, the PD-100 has been in use by the UK Army and several coalition partners and is described as a “life saver” and “game-changing” technology by the UK Ministry of Defense. The inclusion of a complete, digitally enhanced thermal sensor from FLIR Systems Inc., paired with an EO camera, enables unprecedented mission flexibility and situational awareness in night operations.

“We believe this is the single-most important upgrade on the PD-100 system to date. The PD-100 T combines EO and thermal camera into an 18 gram helicopter, allowing fused live video and still images to be viewed by the operator. Today’s modern warfighters demand a 24-hour solution, and here you have the first nano-UAV solution to achieve this,” says Petter Muren, CTO and Founder of Prox Dynamics.

My advice for Prox is to find partners within the autonomous drones community: